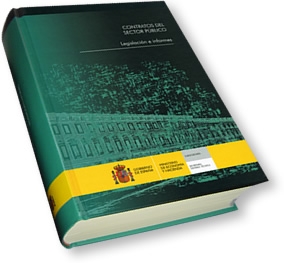 Contracting in the Public Sector

The Public Business Entity FEVE found it necessary to review and update all of its documents relating to particular conditions and instructional-standards for contracting with the public business entity FEVE, for works, services and supplies in order to grant these contracts through either an open, negotiated or restricted process, in light of the new regulations in the area of contracting that were introduced by the Law 30/2007, of 30 October, of Contracts of the Public Sector, and by the Law 31/2007, of 30 October, in relation to procedures of contracting in the sectors of water, energy, transport and the postal service (in the years 2008 and 2009).

First of all, a detailed analysis was undertaken of the main changes introduced by these rules involving a radical change in the area of public contracting in this country and of the extent of impact of said changes within a public body of FEVE's legal nature. Subsequently, numerous meetings were held with the entity's Hiring Department with the goal of determining the systematic structure of the new documents and the contracting instructions. Ultimately, once the drafting of the new legal instruments for contracting with the entity was concluded, they developed various training sessions directed not only toward the contracting staff, but also toward the staff of other Departments who participated in the tender processes for the diverse types of contracts (works, services and supplies) that were granted by FEVE.

The process of adaptation – and change – toward a new set of complex rules, both theoretically and practically, was very notable, and this process concluded both satisfactorily and within a very reasonable timeframe.