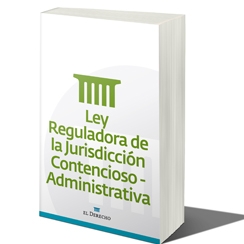 Administrative-Contentious Appeal in the Area of Town Planning Approaches

In May 2007, the Commission of Urban Planning and Land Use of the Principality of Asturias (CUOTA) approved the autonomous Special Territorial Plan, Suburban Park of Monte Naranco, that affected a surface of more than 5,525 hectares corresponding to the Municipalities of Oviedo, Las Regueras, Llanera y Siero, all of them in Asturias, and anticipated investments for the amount of 37 million Euros. This ambitious autonomous instrument of land use entailed severe limitations for the land-owners in relation to their use and enjoyment of the land, and in certain cases, a drastic reduction in land value.

In representing one of the major land-owners affected by the Territorial Plan, an administrative-contentious appeal was lodged before the Administrative-Contentious Division of the Supreme Court of Justice of Asturias against the agreement of the Commission of Urban Planning and Land Use of the Principality of Asturias (CUOTA) which had given final approval for the autonomous Special Territorial Plan, Suburban Park of Monte Naranco. In the appeal, the economic unfeasibility of the Territorial Plan was argued in detail  for reasons of the absence of clarity of the financial economic studies regarding the sources of financing which affected the obtaining of the projected assets by the autonomous government, and it exposed the deficiencies of the Environmental Sustainability Report and the violation of environmental processes.

After an initial unfavourable Sentence, finally the Fifth Section of the Third Chamber of the Supreme Court, on 19 December 2013, handed down a Sentence, in which Reporting Judge, His Honour, Mr D.  Jesús E. Pérez Morate, found in favour of the interests of the appellant company. The Supreme Court based the Sentence on arguments in the appeal and declared null and void the law of the Territorial Plan and subsequently of all the actions that had been undertaken by the autonomous government up until the date of the Sentence.