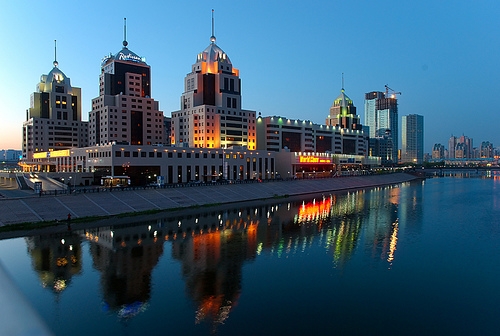 Joint Venture in the Republic of Kazakhstan

The client, a leading company in Spain in the market of manufacturing, export and maintenance of rolling stock, needed to develop a project in the Republic of Kazakhstan, which consisted in constructing a rolling stock Manufacturing Plant in Astana in collaboration with the public entity that was in charge of railway operations in the country. The client also needed advice in all their business development contracts.

The project included the execution of a Joint Venture 'Partnership' for the creation of a local commercial entity in Kazakhstan to be used as an investment vehicle to channel the contribution of funds that were necessary for the construction of the Plant. The signing of this agreement and the creation of the company took effect in 2010.

Subsequently, ONTIER has been advising this company in the drafting, negotiations and finalising of all its business contracts for the manufacturing of 1,035 passenger cars, the global maintenance contract of these cars, the intellectual property licensing contract, training contracts, management contracts, etc. These contracts were executed during the years 2011, 2012 and 2013.

Our acting in this matter deals with a greatly complex project that incorporates various aspects including corporate elements, international law, contracts and intellectual property, among others. The Office has had to work at all times with a high degree of flexibility, adapting itself to the challenges of developing a project of this nature with existing cultural differences, constantly monitoring the risks of a project in Kazakhstan and protecting the Client's interests.

The project was satisfactorily finalised, and currently, the Client has noticeably increased its billing volume in the central Asian zone. The Client's business creation figure adds up to some 1,400,000,000 Euros within 15 years.