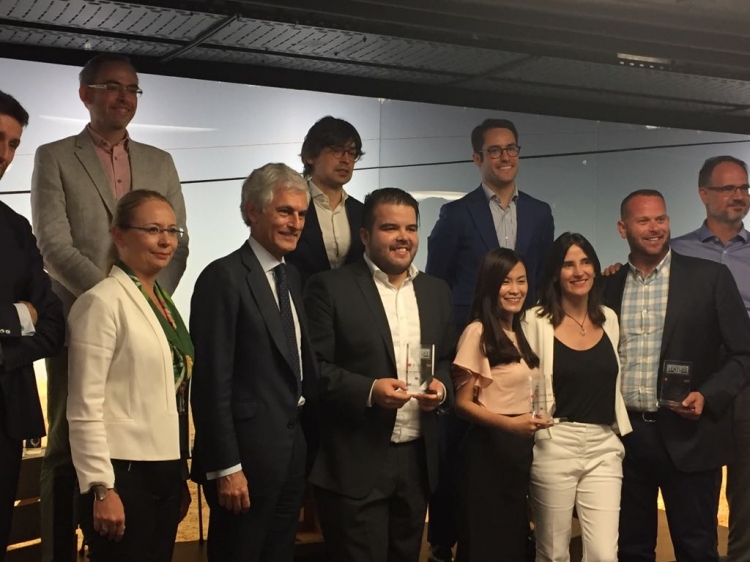 The Legaltech Venture Days programme has come to an end and we already have a winner. The final of this competition, which began in Singapore last April, took place at the IE on 25 July and concluded with the victory of Lucius, a Mexican startup dedicated to generating due diligence for anti-corruption purposes by providing real-time data on a national scale.

EasyLaw, Esquify and Lucius competed for victory on July 25, when they had to do their best to convince the jury of the viability of their projects.

The day began with the welcome given by Javier de Cendra, Dean of IE, and Adolfo Suárez Illana, International President of ONTIER, who noted that 'we are not only looking for ideas and projects, but for people. People who develop projects to make a better world.'

The first pitch was performed by EasyLaw, a Malaysian startup offering legal solutions for land registration. Then it was time for Esquify, a project born in Chicago and framed within e-Discovery, and the last presentation was performed by Lucius, a Mexican startup providing real time reports on compliance processes, M&A and due diligences nationally.

After the presentations, the jury left to deliberate and meanwhile a round table was held, chaired by Joaquín Muñoz, Head of IT&IP at ONTIER, who discussed the impact of legaltech on the legal sector, and the present and future of the industry, joined by Eva Bruch, from Alterwork; Jorge Morell, Legaltech Expert; and Alejandro Touriño, IT Lawyer and Partner at Écija.

The day ended with the decision of the jury, who finally awarded the victory to Lucius. Afterwards, those attending the event enjoyed a cocktail party and shared their insights on the event.

For further information you can check this article by IE Law School.