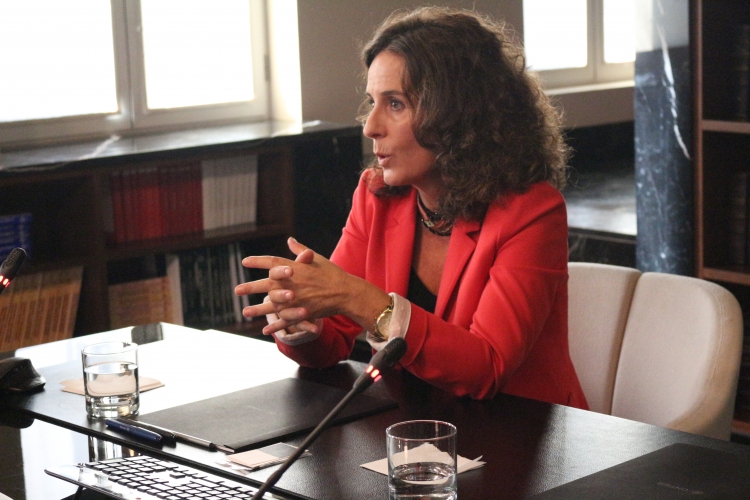 The Future of Energy is 100% Solar, Says Marta Martínez, CEO at T-Solar

A few days ago ONTIER Madrid hosted a conference taught by two first-level guests. They were Marta Martínez and Enrique Barbudo, CEO and Development Manager at T-Solar, one of the reference companies in the energy sector.

During the talk, which was held at ONTIER Madrid's library, Marta Martínez stated that the future 'is not only 100% renewable, but 100% solar'. She also believes that the change is happening in the middle-term, as soon as energy storage becomes profitable, which she believes will happen in about three years. In this process, the evolution of electric cars is playing a key role, as it's promoting the development of batteries for energy storage.

She also noted that we're experiencing a transition within the energy sector. She believes that renewable energies markets will become a financial product like any other, growing in profitability. Martínez noted that self-supply is here to stay, also in a large-scale scope.

Marta Martínez also referred to the company-law firm relationship. 'What we look for is integration. When working with a law firm, we want it to function like an in-house legal department' she explained. In that regard, Enrique Barbudo noted that they prefer to fix a total fee rather than working with hourly fees when it comes to legal services.

T-Solar is a renewable energies company owned by the ISquared Capital fund, and has become one of the main references in the sector.