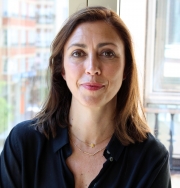 She joined ONTIER in 2013, collaborating since then as a consultant in the Public Law Department of the firm, mainly in matters of administrative contracting, administrative law sanctioning, forced expropriations, liability of Public Administrations, public goods, administrative intervention in various sectors and in the territorial and urban scope.