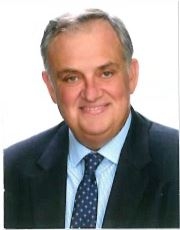 Doctor in Laws by the University of Seville. National PhD Award of Employment and Social Security by the Spanish Ministry of Employment and Social Security in 1989. Fullbright Yellow Program at the Institute for Industrial Relations of the University of Berkeley, California, 1990. MA in Public Administration by the J.F. Kennedy School of Government, University of Harvard, Massachussets, 2000. Diploma in Senior Executive Management by the San Telmo International Institute of Seville-Málaga, 2015.

Former expert-collaborator at the European Commission and the World Bank for consultancy, reporting and researching related tasks. Former Counsel at the Constitutional Court of Spain.

Labour Law Professor at the University of Seville. Honorary Consul of Mexico in Seville. Author to 6 monographs and over 80 scientific articles. Co-author to several multi-authored books and notated legislations. Active participant on both national and international forums and press.