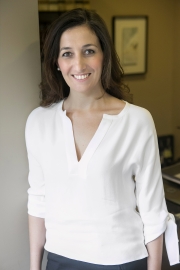 Law degree from the University of Oviedo (2004). She holds a Masters in Employment Law Counseling Center Garrigues Studies (2005).

Admitted to the Bar Association of Madrid in 2005, from the beginning of her career, she has been linked to the field of labor law and social security, having served in a labor office Abdon Pedrajas between July 2005 and August 2006.

In September 2006 she joined the labor department Ramón Hermosilla & Gutiérrez de la Roza - now ONTIER - which has been advising various companies in the field of labor law, both individually and collectively, as well as taking his representation before the Social court order.

She is co-author of Bankruptcy Memento (2011, 2012, 2013 and 2014), and has developed teaching in various associations and entities linked to the business.