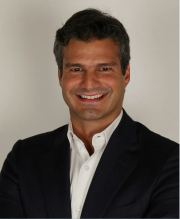 Jaime has a degree in Law and in Business Administration from the Universidad Pontificia de Comillas, Madrid (ICADE E-3) and a LLM from the Center for Financial Studies, Madrid (CEF).

He joined ONTIER in January 2022 as a partner in charge of the tax department. Previously, he spent 10 years at KPMG Abogados dedicated to M&A tax advice, where he landed from the international tax department of EY Abogados.

Previously, he also spent a period of 5 years in the tax department of Cuatrecasas Abogados. During his professional career, Jaime has collaborated in specialized publications, seminars and conferences on fiscal and economic matters. In addition, he has collaborated with IE University as a professor of international taxation.

Jaime is specialized in the tax structuring of cross-border operations of Spanish and multinational groups, as well as in tax advice for the tax-efficient financing of international operations, integrations and post-acquisition reorganizations of multinational groups, design of holding structures, financing and repatriation of tax-efficient benefits.

Jaime is a member of the Madrid Bar Association, AEDAF and AEDF-IFA.