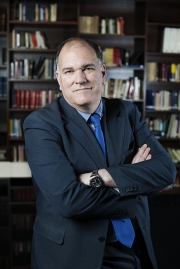 He holds a Degree in Law from the Complutense University of Madrid (1986) and he prepared a Competition Exam to become a Judge (1986-1992).

His professional experience began in 1992 as an Attorney at ERNST & YOUNG SA. From 1997 to 2001 he held the post of Director General of SPAIN INTERFLORA group companies. From 2001 to 2010 he served as Director of the Legal Department of the State Society Services and Studies for Air Navigation and Aeronautical Safety (SENASA). He has also served as director and secretary of the Board of Directors of the company FLEUROP INTERFLORA SPAIN, SA and society EUROPEAN AVIATION COLLEGE, SA

He joined ONTIER Spain in 2011, joining the Department of Public Law. He has made several publications in the areas of public procurement and air transport, and currently combines her work in the office with the performance of teaching at IE, as professor of the Master Access to the Bar.